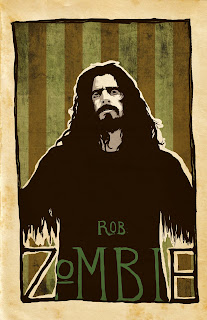 Went to Mayhem Fest last Friday. Zombie was CLEARLY in a league of his own there, and I was pretty bummed to discover that I loathe every last one of his tour shirts. So I decided to (eventually) make my own.

The original concept, I think, is much stronger. More detail... his hands were in front of him holding a skull, there were bats/trees in the background instead of the striping... whatever. It's late, and I got lazy. I'll re-do it later.
Posted by AG at 11:10 PM No comments: 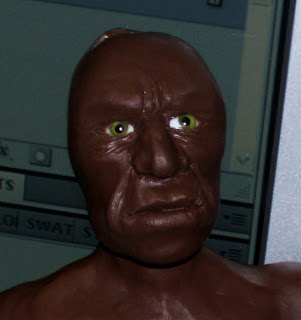 Aaaaalmost finished with his face... This picture is awful, but I needed a document of what I've been up to. Next up: hair (dredlocks) or the arms.
Posted by AG at 7:59 PM No comments:

AG
I'm an Illustration senior at CCS in Detroit, MI. I like to draw, sculpt, and watch bad movies.